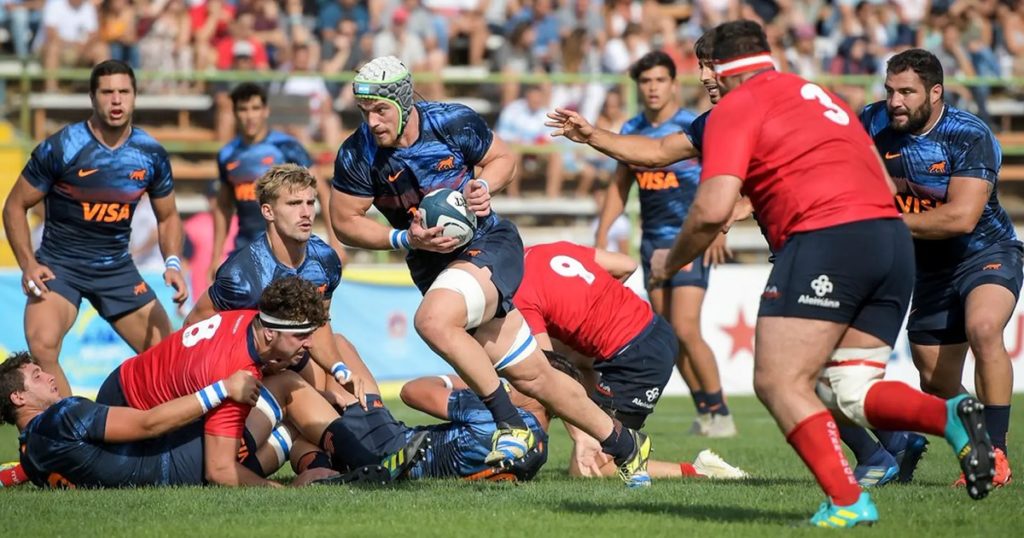 There was plenty of action last weekend, with the 6 Nations entering its critical stage of the tournament, the HSBC World Sevens heading to Vancouver, and the final round of the Americas Rugby Championship also throwing up some interesting encounters.

The USA Eagles narrowly edged out Canada in Washington, while an Argentina XV ran in 13 tries against Chile in Santiago. But the match of the weekend was arguably Uruguay’s 42-20 victory over Brazil in Montevideo.

It was a scoreline that perhaps did not truly represent the competitiveness of the game, as Brazil ran their fellow South American opponents close for the majority of the encounter.

Lucas Duque, Daniel Sancery and Lucas Tranquez scored for the visitors who trailed by just eight points heading into the final 10 minutes. But Uruguay closed out the game with more precision through tries from Juan Diego Ormaechea, despite his side being reduced to 14-men following the sending off of Andrés Vilaseca for a high tackle.

It was a visibly dangerous and illegal tackle which absolutely floored the Brazilian player, and this could have been a deciding factor in how the match played out. Instead, the home side battled back down the field and scored a brace of late tries to secure the win.

Things were equally as close in Washington as USA and Canada played out a 25-20 victory in favour of the Eagles. It was a match decided largely by the set-piece, with both sides using their attacking mauls to good effect in a tightly-fought game.

The highlights are also an entertaining watch from a neutral perspective, with the typically flamboyant Spanish commentary style which is bound to make things more enjoyable.

In the final match, it was predictably one-way traffic for the Argentina XV against Chile, who have been by far the weakest side in the competition.

The home side were a long way from being in the fight but did score a pair of well-taken tries to deliver some positives from a game utterly dominated by the second-tier Pumas squad. While a large score was expected, the spirit in which the Chileans showed was admirable, and a reminder that perseverance even in defeat has its rewards.

Naturally, the Argentina XV topped the standings as the only unbeaten side in the tournament, ahead of Uruguay with four wins. Canada finished second bottom after defeats to the USA, Uruguay and Brazil and just a solitary victory over Chile to show for their efforts.