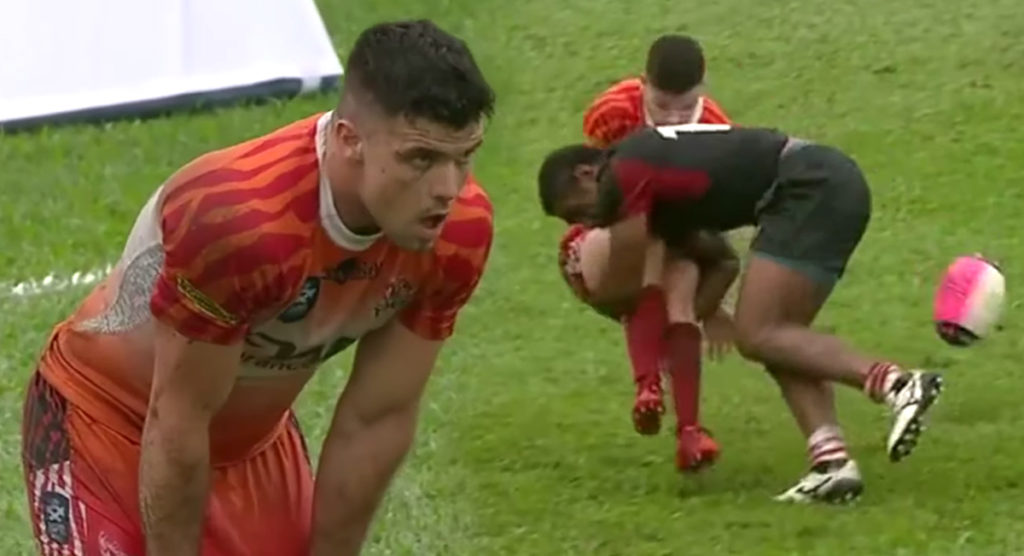 Forrest, who put his backing behind Western Force when they were axed from Super Rugby in 2017, is now backing this new series that currently comprises of six teams: Western Force, the Asia Pacific Dragons, the South China Tigers, a World XV, Fijian Latui and Kagifa Samoa.

This was the first of the showcase matches to take place outside of Australia, with the full season launch of Global Rapid Rugby set to take place in March 2020, featuring eight teams.

In an effort to produce a hyped up version of the sport, match time has been cut to 70 minutes with some interesting experimental laws, including the outlawing of direct defensive kicks to touch and an innovative nine-point “power try” if a scoring move starts behind a team’s own 22-metre line.

While the Tigers won the Hong Kong fixture 29-19, it was the Dragons’ Tikoirotuma that made the biggest hit of the day, with this belter on flyhalf Glyn Hughes.

The tackle was actually eerily similar to one the Fijian made for London Irish four years ago, coming off a similar move with a pull back pass.

The two teams meet again next week for a re-match in Singapore on Sunday, 28 April 2019.