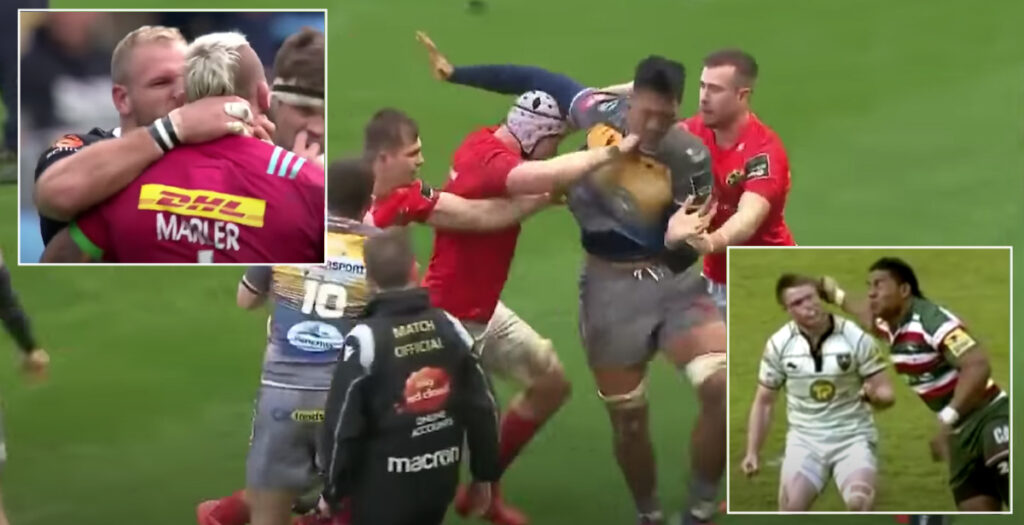 A brilliant new montage has emerged demonstrating the very best examples of when professional rugby players completely lose their heads on the pitch.

The eight-minute montage starts with Manu Tuilagi’s infamous assault on Chris Ashton in 2011 and features some classic Bledisloe Cup brawls, Schalk Brits’ head loss with Owen Farrell and other moments of madness.

The video also includes former Scotland international Jim Hamilton’s iconic clash with David Paice during a Premiership game in 2012 when the pair had several boxing rounds resulting in red cards all round.