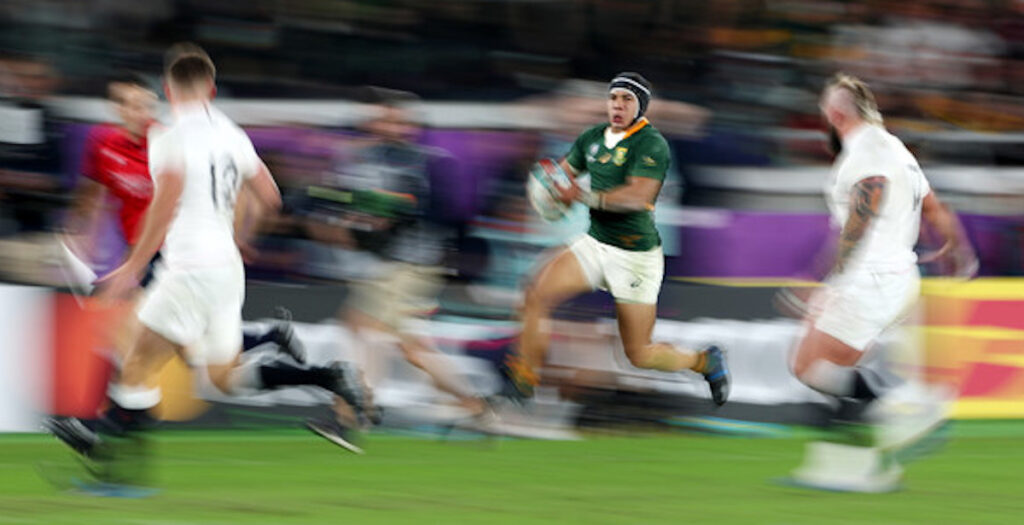 South African winger Cheslin Kolbe has starred in a montage of the best sidesteps from this year’s Rugby World Cup in Japan.

The video was released by World Rugby and lists the top 10 sidesteps from the tournament, with Kolbe’s footwork ranked number one and two.

The 26-year-old’s try in the World Cup final against England was one of the selected sidesteps while the top spot was taken by his run against New Zealand in the group stages of the tournament.

Kolbe has now scored eight tries in 14 games for the Springboks and continues to impress for Toulouse in the French Top 14.