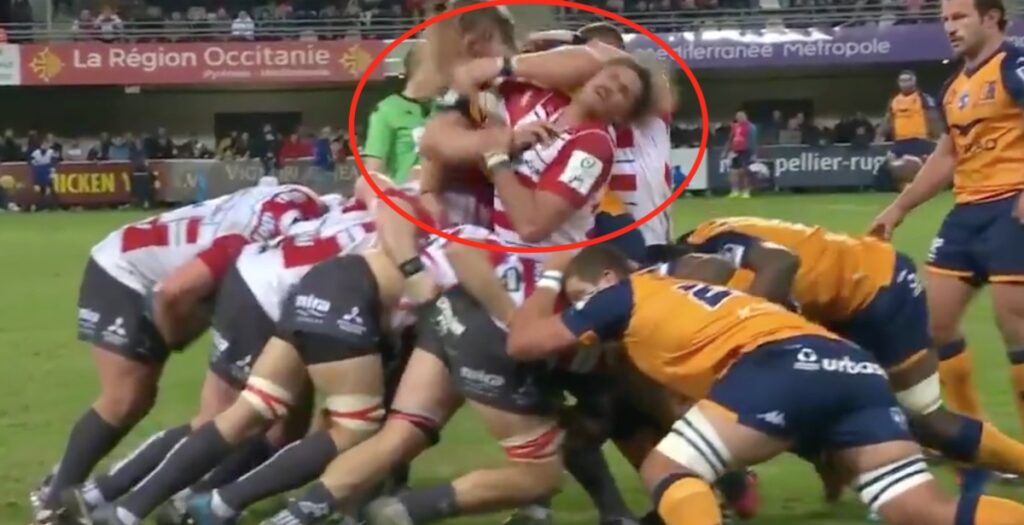 The 26-year-old was in the middle of a rolling maul when his elbow connected with Grobler, forcing the referee to hand out the red card.

Du Plessis joined Montpellier from the Bulls in 2015 and although he looked disappointed by the decision, Montpellier did well to see out the final 20 minutes and win 30-27 at the GGL Stadium.

The incident has been compared to the red card awarded to French lock Sébastien Vahaamahina during the world Cup quarter-final against Wales.