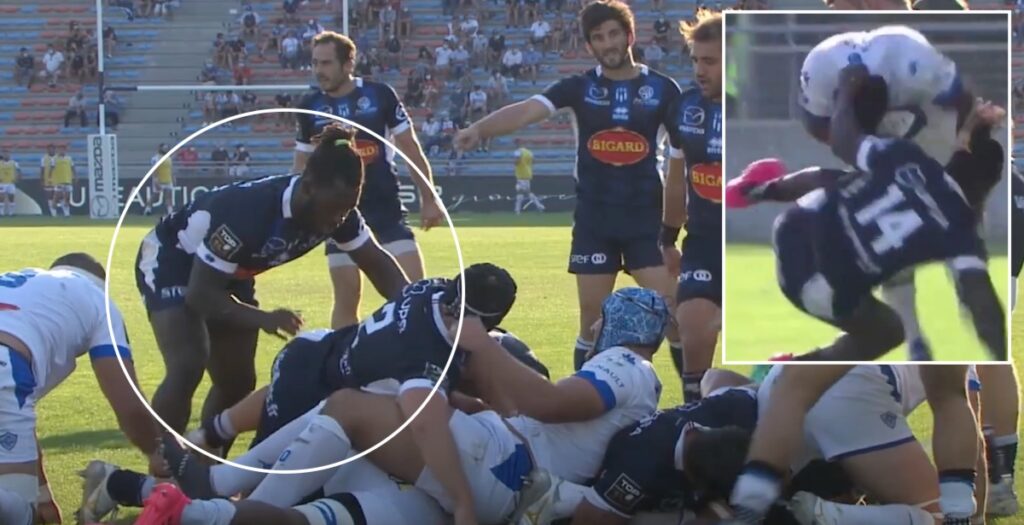 Former Harlequins winger Gabriel Ibitoye scored a brace and set up another try for Agen in his Top 14 debut on Saturday.

The 22-year-old signed for the French club earlier this year which surprised fans and pundits right across the Premiership due to his international potential.

However the winger grabbed his first try against Castres with some quick thinking around a breakdown to reach over the ruck and score early in the second half.

Shortly after the Londoner doubled his tally after gathering up an attacking kick on the right wing.

Ibitoye also chipped in with a lovely assist in the first half for scum half Paul Abadie, rounding off a fantastic debut league appearance for the youngster.

However the winger also get bulldozed by his opposite man Filipo Nakosi, but other than that it was a great start to his career in France.

Despite Ibitoye’s input, Agen went on to lose 22-26 to Castres and full match highlights are available below: