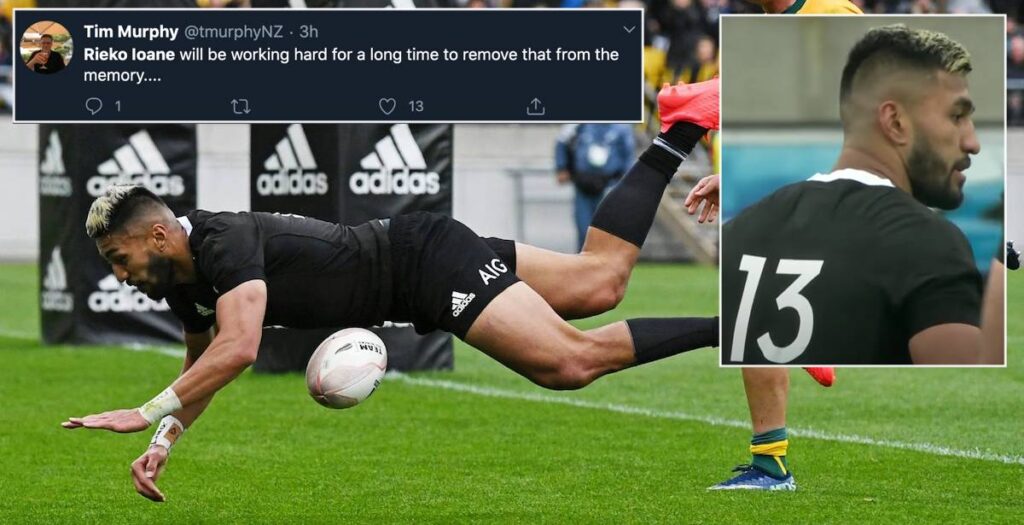 All Blacks centre Rieko Ioane’s first half blunder cost New Zealand a potential win in a stunning Bledisloe Cup opener against the Wallabies.

The game ended in a thrilling 16-16 draw in Wellington after Wallabies winger Reece Hodge hit the post in the final play of the game to add further drama.

I’ve never understood why Rieko Ioane does those one handed put downs.

It was the hosts who started strongly with a try from Jordie Barrett, but on the stroke of half time Ioane looked to have score a brilliant counter attack try for the All Blacks, but the TMO revealed he lost control of the ball in the process of dotting it down.

Sam Cane swoops to secure the turnover and then the All Blacks shift into (their favourite) counter-attacking gear. Lovely interplay right up until Rieko Ioane blows the touchdown.#NZvAUS #BledisloeCup pic.twitter.com/keyIF5zAMJ

Despite the blunder New Zealand extended their lead after the break through Aaron Smith in the corner, but then it was the Wallabies who fought back in style.

Tries from Marika Koroibete and Filipo Daugunu set up a box office finish at Sky Stadium with Hodge coming centimetres from slotting a huge 55-metre penalty and then the All Blacks nearly pulling off a miracle at the other end after eight minutes of overtime.