WATCH: Lavanini sent off for high tackle on Owen Farrell 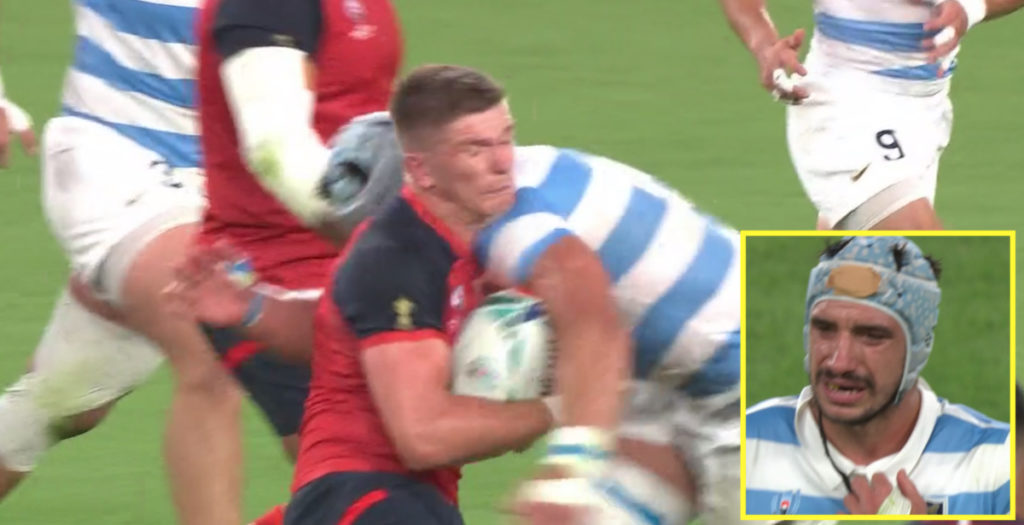 Argentina second row Tomás Lavanini was shown a red card against England on Saturday, 5 October for a high tackle on Owen Farrell.

Lavanini’s shoulder made contact with Farrell’s head and referee Nigel Owens said there was “not enough mitigating circumstances” to award anything other than a red card following a TMO review.

Lavanini has represented Los Pumas more than 50 times and the 26-year-old will join Leicester Tigers after the World Cup for the start of the Premiership season.

This photo is doing the rounds on twitter comparing Lavanini’s tackle and Piers Francis, like I said at the time I thought it was a worthy of a red card…. #ENGvARG #RWC2019 pic.twitter.com/J9UMnvTcqj

The Argentinians can’t have any arguments with that decision, red card all day long in the current environment #ENGvARG

Amazed Nigel didn’t see it live tbh. TMO had to force him to have a look. Red all day.#ENGvARG