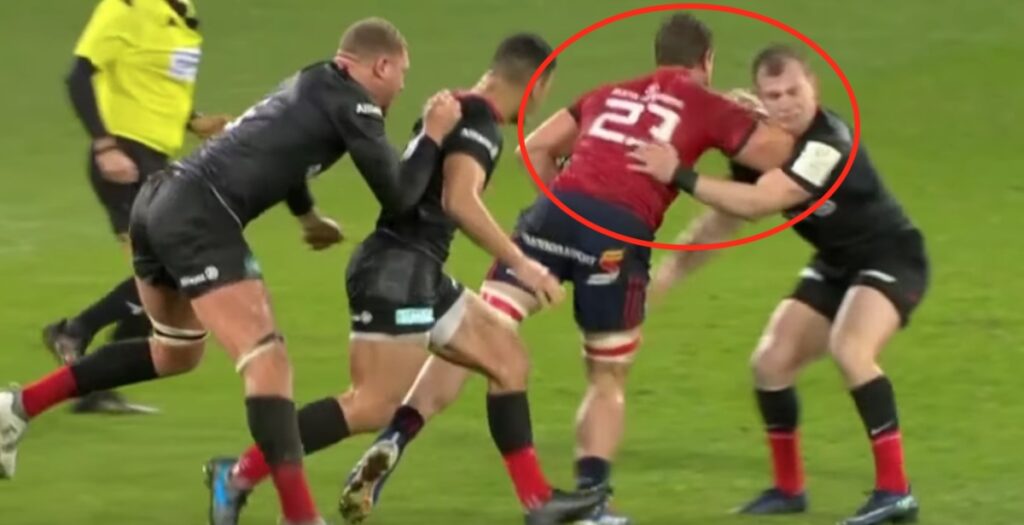 The South African was sent off for leading with his forearm into the neck of centre Nick Tompkins while carrying the ball from the back of a scrum.

The incident occurred in the final play of the game when Munster were up by seven points and after the hosts celebrated winning the game, the TMO deemed Botha’s actions worthy of a red card.

Saracens were then given an opportunity with the clock in the red to get something from the game, but weren’t able to convert.

The game eventually finished 10-3 to Munster leaving the home side second in Pool 4 behind Racing 92 after three rounds.

Nick Farr-Jones has unleashed on the Rugby Australia board, declaring the organisation as "unbankable".

The two-time World Cup winning Wallabies hooker looks set to take over the helm of the union, according to a report out of Australia.

Dane Haylett-Petty has pointed to a rival code for their handling of the coronavirus-enforced cost cutting as talks between players and Rugby Australia go in circles.