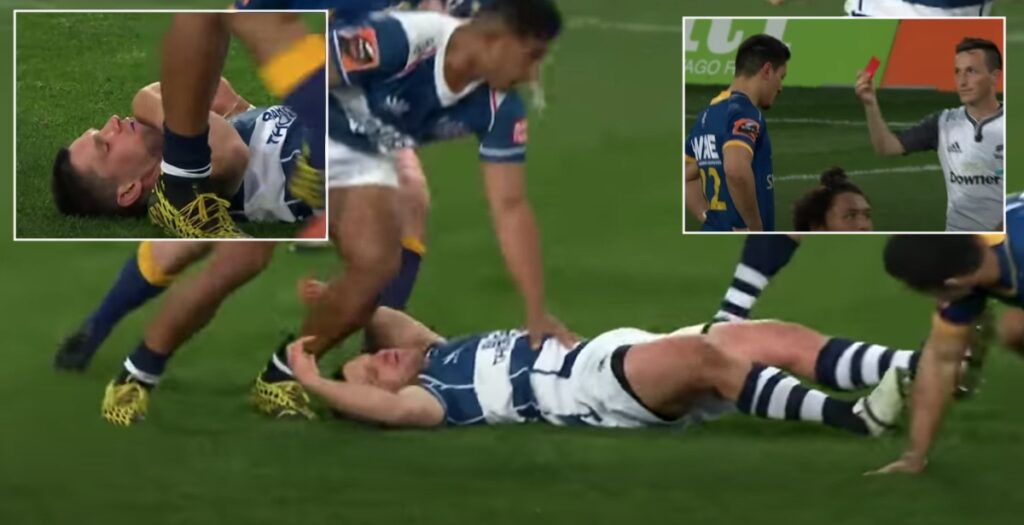 The centre attempted a big shot on Auckland’s Simon Hickey in the final play of the game but instead made contact with his head, leading to a straight red.

The referee stated that Tomkinson made no attempt to wrap his arms in the tackle and made direct contact with Hickey’s head, leaving him no choice but to send him off.

The incident had no bearing on the result as it occurred in overtime and it was Auckland who powered to a 6-38 win in Dunedin, full match highlights are available below: