WATCH: Raka lights up first half against Tonga 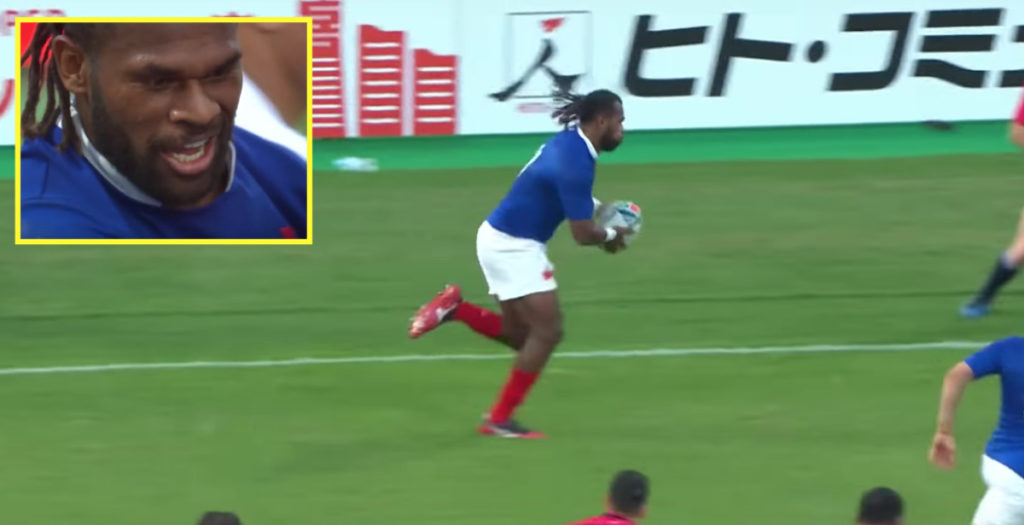 French winger Alivereti Raka was on fire against Tonga in the first half of their third World Cup game in Japan.

The 24-year-old Clermont player beat three defenders to set up Virimi Vakatawa for Les Bleus’ opening try and then on the half an hour mark he produced this superb individual effort to score on the left wing:

Despite carrying a 17-7 lead into half time the French let Tonga back into the game, with the match ending 23-21 in Kumamoto. Full match highlights are available below:

Raka was born in Fiji and joined Clermont in 2015. He has now scored three tries in four appearances for France.