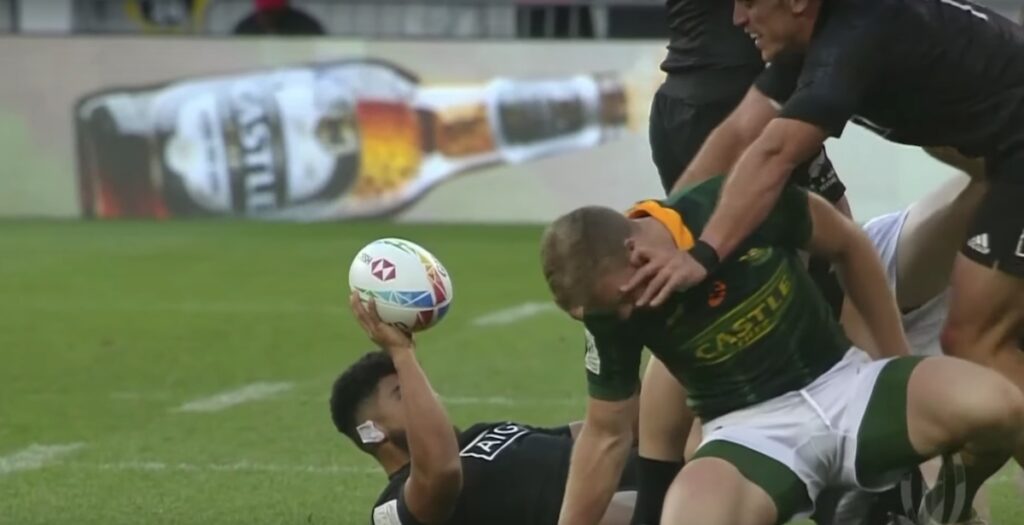 Tempers flared over in the cup final of the Cape Town sevens on Sunday between New Zealand and hosts South Africa.

New Zealand were trailing 0-5 in the second half when they were awarded a penalty after Ryan Oosthuizen entered the ruck at the side.

Kiwi number 10 Kurt Baker then agitated Oosthuizen on the floor which lead to handbags at the Cape Town Stadium.

Oosthuizen caught Baker in the face while simultaneously New Zealand’s Joe Webber lashed out at Dylan Sage twice on the floor.

Referee Jordan Way told both sets of players to move on and didn’t award a card. The game finished 5-7 to New Zealand meaning they took home the trophy.

The Hurricanes assistant coach had a reputation as an All Black for incredibly silky skills and he has shown in recent days he has lost none of that jaw-dropping talent.