WATCH: Rupeni Caucaunibuca documentary trailer gives us a glimpse into life now for the Fijian legend 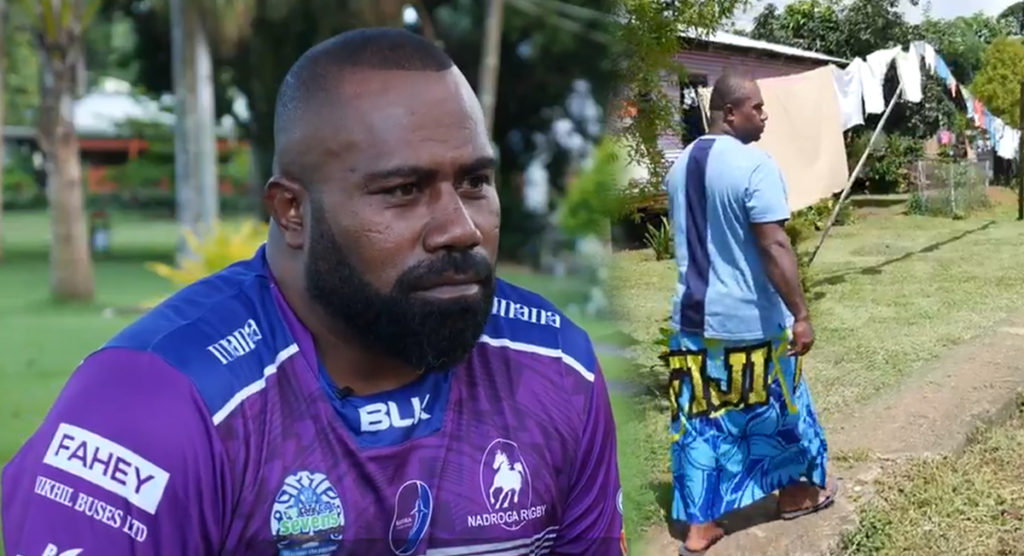 A documentary on the career and life of the great Rupeni Caucaunibuca will be released soon after the trailer was posted online by the Pacific Rugby Players Welfare organisation. The documentary features Daniel Leo visiting Caucaunibuca at home in Fiji.

Widely regarded as one of the most naturally gifted players to ever play the game, the man affectionately known as Caucau had an at times puzzling career.

He shot onto the scene with the Auckland Blues in Super Rugby before tearing things up with Fiji at the Rugby World Cup, but his career was littered with misdemeanours and inconsistencies.

Spells in France with Agen then Toulouse showed glimpses of what he can do, but weight and other issues seemed to hold him back at times.

Now, the humble man is living back home in his village and if this trailer is anything to go by, dealing with the challenges of the next chapters in his life.

Hit play below to watch the trailer

COMING SOON: Rupeni Caucaunibuca 🇫🇯
Part 1 of the 'OCEANS APART Series'
Join us as we visit Nasau village on the island of Bua in Fiji, home to one of the worlds most gifted players of his generation.
RELEASE DATE: 28/5/19#OceansApartFilm pic.twitter.com/uQXfoPWWMG

It looks set to be a touching piece that all fans of the great man will surely enjoy.

Distribution of the OCEANS APART series is yet to be confirmed but we will definitely share and update when we know more.

Having benefited from this mans brilliance after he set up my only international try 😫 (P.I’s vs Scotland 2006), it was a pleasure to catch up again and share his humbling, at times very sad story. #RupeniCaucau #PacificLegend #OceansApartFilm https://t.co/VemBfmY496

Meanwhile, the Fiji Rugby World Cup 2019 training squad has today been announced. It features a formidable forward pack with a set of backs that Caucau himself would be honoured to be a part of.

Fiji squad is 🔥🔥!. The Amount of talent in this squad is definitely gonna turn heads. Get it right and this will be an epic world cup for the lads. #veilomani #giantkillers #tosovata https://t.co/mIuMTO7FfD