WATCH: That time Scott Baldwin was BITTEN by a LION in South Africa 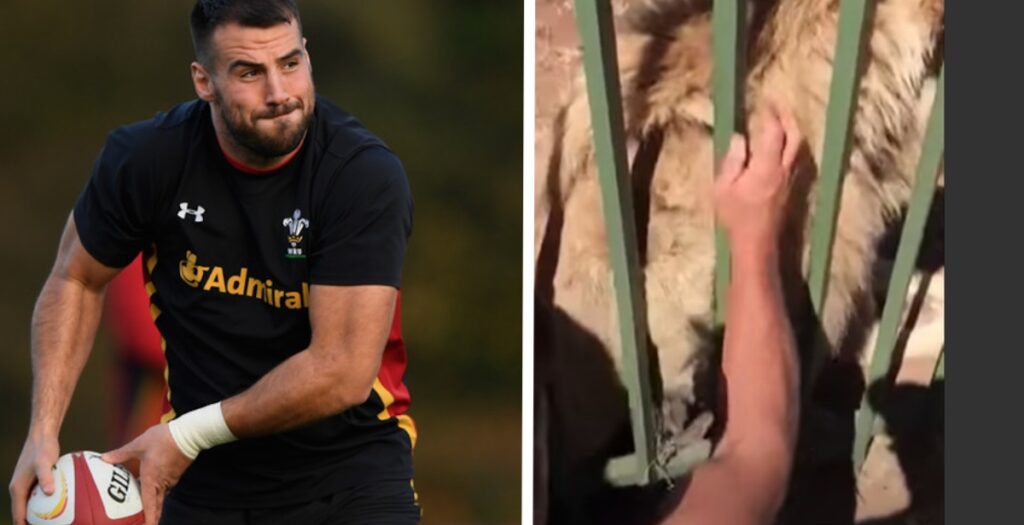 Back in 2017 Welsh hooker Scott Baldwin made headlines across the world of sport when he was bitten on the hand by a lion prior to a game against the Cheetahs in South Africa.

Baldwin was stroking the head of a captive lion at the Weltevrede Game Lodge near Bloemfontain, South Africa when the big cat turned and bit him.

Fortunately the front rower was able to free his hand before further damage was done, but he was unable to play for the Ospreys in the Pro14 game after attending hospital.

“Thankfully, Clarkey (Ospreys defence coach Allen Clarke] grabbed me around the waist and the lion let go. It was reassuring what Clarkey was telling me, he said the first thing he saw was that my hand was still attached and everything was going to be ok.”

Baldwin, now 31, represented the Ospreys 162 times before joining Harlequins in 2019 and he has also earned 34 caps for Wales throughout out his career.