WATCH: The biggest hits of all six Tuilagi brothers in one EPIC montage 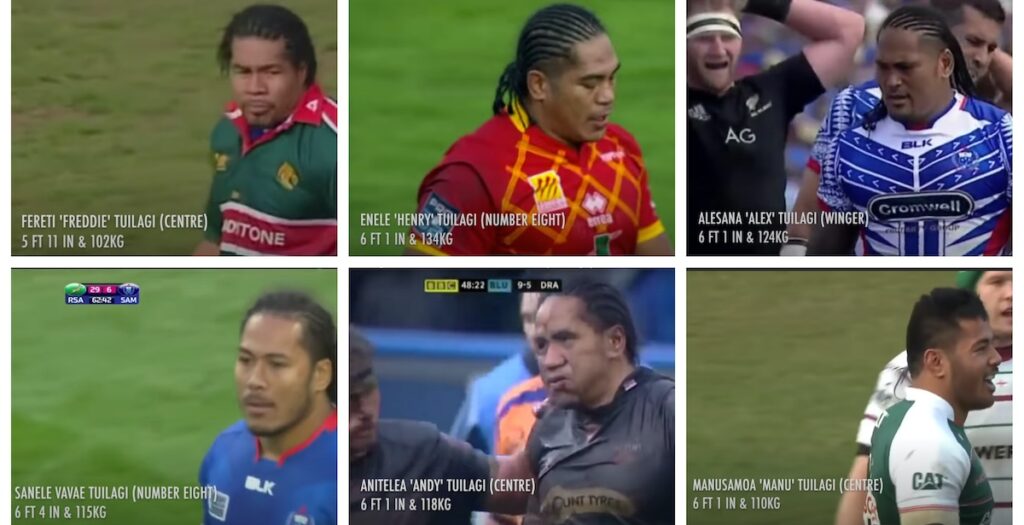 A new montage has emerged demonstrating why the Tuilagi brothers are the most feared family in world rugby.

The five-minute video introduces all six brothers; Anitelea, Alesana, Enele, Sanele, Fereti and Manu who are recognised as some of the biggest hitters and ball-carriers in world rugby over the past two decades.

All of them represented Samoa and Leicester Tigers at some point in their careers apart from Manu, who still plays for England, and they have a combined weight of 700kg.

Manu is the highest profile player with 43 England caps and his recent transfer to Sale Sharks shocked Premiership fans around the world.

And in case that wasn’t scary enough, remember this from Manu in 2011?