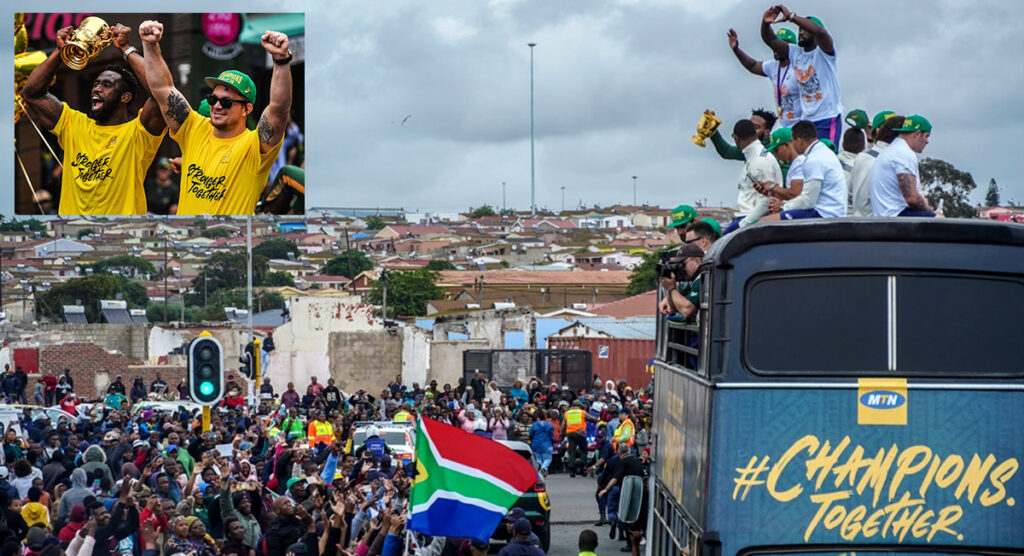 Springbok captain Siya Kolisi thanked South Africans from all walks of life for coming out in their hundreds of thousands to congratulate the Boks on winning the Rugby World Cup in the last week.

An exhausted but immensely proud Kolisi thanked his fellow South Africans for the amazing support shown to the Springboks since they were crowned RWC champions in Tokyo on Saturday, 2 November.

“The last week has probably been one of the best of my life and I speak on behalf of all my team-mates and management when I say that the support we’ve received has been nothing but remarkable and unbelievable,” said Kolisi.

“The celebrations in Tokyo, with President Cyril Ramaphosa, Minister Nathi Mthethwa and Prince Harry in attendance, were very special, but nothing could prepare us for what was waiting back here in South Africa.

“From our arrival at OR Tambo International Airport last Tuesday, the reception with President Ramaphosa at the Union Buildings, meeting and greeting our loyal sponsors, and receptions by local government around the country, it’s been a fantastic and whirlwind week.

“But we won the Webb Ellis Cup for ordinary South Africans and to be able to present the trophy to them, has been phenomenal.”

Watch some of the incredible scenes in the video report below

The team travelled from the Union Buildings through Hatfield in Pretoria, across the Nelson Mandela Bridge in Johannesburg, up Vilakazi Street in Soweto, past the Durban City Hall, through Mdantsane, Zwide, New Brighton, Despatch and Uitenhage in the Eastern Cape, and finished Cape Town on Monday as the Trophy Tour wound its way across South Africa.

“Our objective was to reach the maximum number of South Africans taking the constraints of time and geography into consideration, and unfortunately it was simply impossible to cover the whole country,” explained Mark Alexander, SA Rugby President.

SA Rugby are planning smaller trophy visits to other South African provinces, but no timelines are currently available.