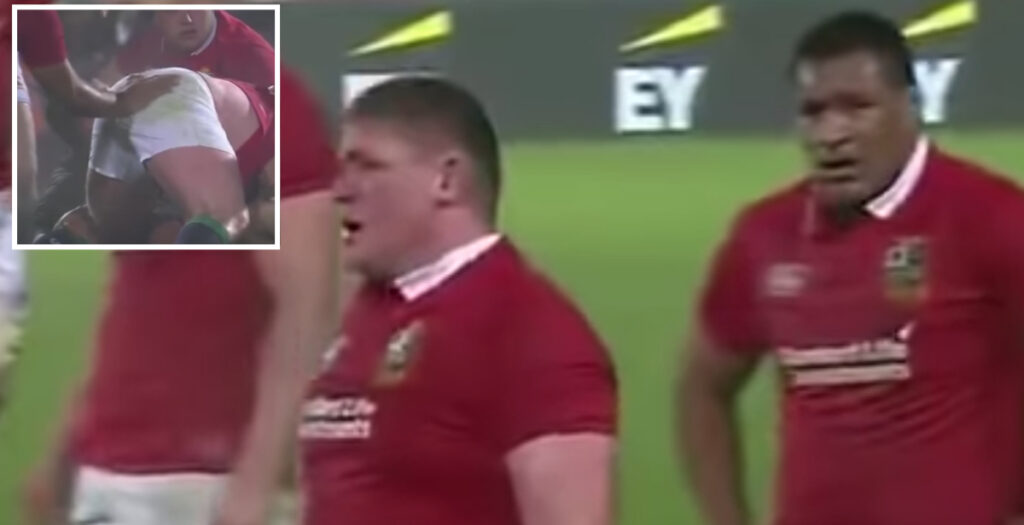 England loosehead prop Mako Vunipola showed physical frustration with his teammate during a warmup match on the 2017 Lions tour against the Māori All Blacks.

Tighthead prop Tadhg Furlong was illegally grappling for the ball in a ruck when Vunipola told him to “leave it” to avoid conceding a penalty.

However the Irishman couldn’t hear Vunipola or the referee and after the England prop had shouted several times he marched over and slapped Furlong on the arse to get the message across, but it was too late.

The Lions conceded the penalty just before half time leaving Vunipola dismayed with his teammate. However the Lions went on to win the game 10-32 in Rotorua.