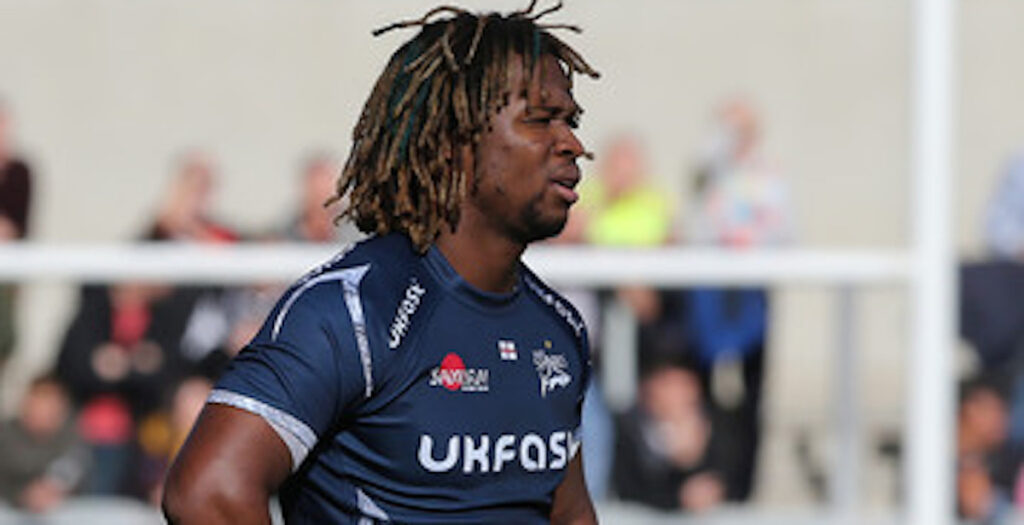 Sale Sharks winger Marland Yarde sparked conflict against Harlequins on Friday night when he deliberately fell into the back of Quins captain Chris Robshaw.

Yarde came on as a replacement and after Sale had scored their bonus point try, the winger took a cheap shot at Robshaw while he lay face down on the ground.

Harlequins flanker James Chisholm took exception to Yarde’s actions and drove into him while he lay on top of Robshaw.

Chisholm’s teammate Matt Symons then grabbed the back of Yarde’s shirt and tossed him like a rag doll which caused handbags with just 15 minutes left on the clock at the AJ Bell Stadium.

Yarde and Symons both received yellow cards and the game finished 48-10 to Sale, leaving them third in the Premiership with a game in hand ahead of Saturday’s matches. It’s also safe to say former Quins number eight Nick Easter wasn’t impressed with what he saw…

Yarde’s actions on Friday may have been a result of Robshaw’s public criticism of him when he left Harlequins for Sale in 2017, saying the club was better off without him.

It’s all kicked off at the AJ Bell! 🤬

It ends with two players going into the bin… pic.twitter.com/AENdRh6Atq

Yarde, 27, made 76 appearances for Harlequins before moving to Sale and has earned 13 caps for England, scoring eight times.