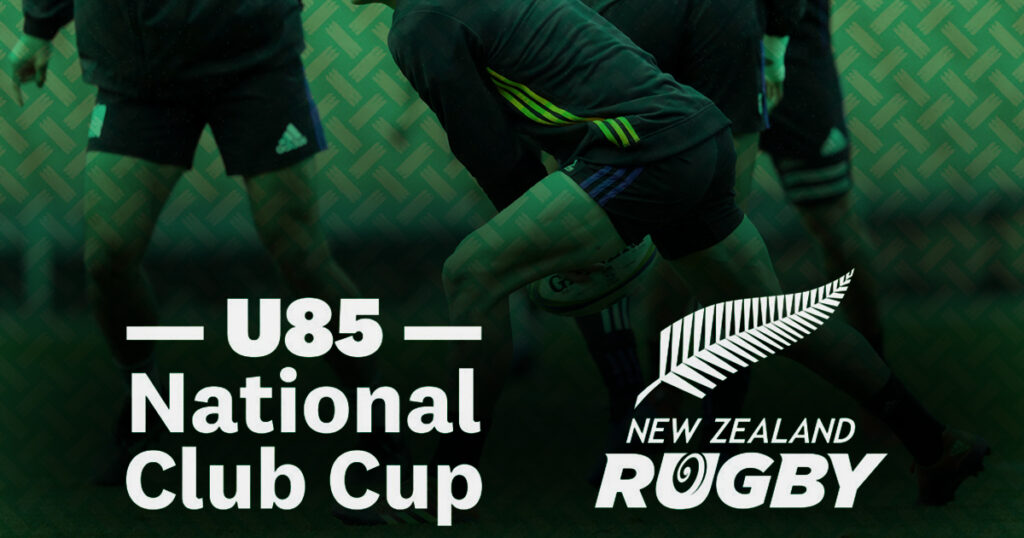 New Zealand Rugby (NZR) has announced an inaugural national club rugby competition, scheduled to kick off in May this year.

The weight-restricted Under 85kg National Club Cup is open to all rugby clubs in the country and will be played as a knockout format.

NZR Head of Participation and Development Steve Lancaster said the new initiative was about reinvigorating and growing weight-restricted club rugby.

“This comp gives extra credibility to an important club grade. It’s an exciting opportunity for players from around the country to be involved in weight-restricted rugby and have a crack at making a national final.

“There’s real appetite from Provincial Unions to grow weight-restricted rugby in their regions and provide more ways for people to play. This is one initiative to help support that growth.”

Clubs will compete within their local regions in the early rounds of the Cup, before moving through to a national draw from the quarterfinals onwards.

A national final is scheduled to be played in mid-August at a venue of significance.

Lancaster said the competition had also been designed to be played every few weeks throughout the season to attract those who want to play but are juggling other commitments.

“A lot of players love the road trips and playing on Saturdays with their mates, but they can’t commit to playing week after week for four months.

“This comp gives these players the chance to play more casually and still enjoy a competitive and meaningful game of rugby. Now there’s the added benefit of playing against guys from all over the country.”

Former All Blacks Coach Sir Graham Henry, a long-time supporter of club rugby and player development at all levels, is an ambassador for the competition.

“These grades have a lot of skilful and talented guys and we want these lighter players stay in the game, said Henry.

“The grades can also play an important part in helping teenagers move from school to club rugby. The more opportunities we give our players to play and develop their skills, the stronger our rugby system will be.”

Henry said that keeping rugby players involved for as long as possible has wide-ranging benefits for the game.

“These 85s players are big supporters of rugby and could be future administrators, referees, coaches and sponsors and their value to rugby can’t be understated.”

Club team registrations are now open, with the draw for Rounds One and Two to be announced on 2 April.

The Under 85 National Club Cup officially starts on 2 May with the final scheduled for early August.

About the Under 85 National Club Cup

The Under 85 National Club Cup is open to all rugby clubs in New Zealand, irrespective of whether they currently compete in existing Under 85kg grades. Team registrations are open from 20 February and the draw for Round 1 and 2 will take place on 2 April. The competition officially kicks off on 2 May with the final scheduled for early August at a venue yet to be confirmed. For more information visit www.nzrugby.co.nz

What do you think of this initiative? Let us know in the comments section below!