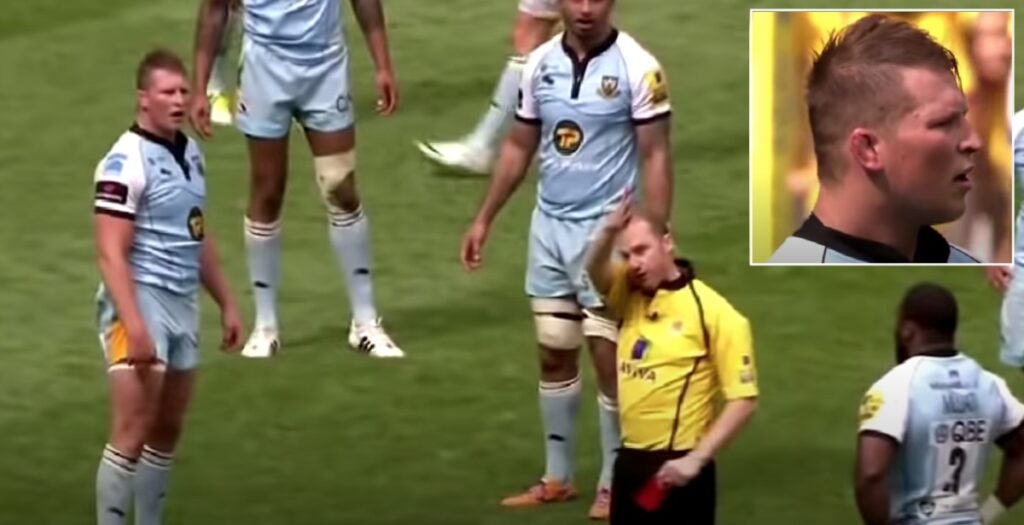 Dylan Hartley was at the centre of one of the most controversial moments in Premiership rugby history when he was sent off in the 2013 final.

At the conclusion of the first half at Twickenham referee Wayne Barnes handed Hartley a red card after hearing the Northampton Saints hooker say “you f**king cheat”.

Hartley insisted he was talking to his opposite number Tom Youngs after conceding a penalty at a scrum before halftime, but Barnes felt Hartley was directing the insult towards him.

Earlier in the match the referee had warned Hartley about his verbal conduct and hearing these words sent Barnes over the edge.

This decision not only cost Northampton Saints the Premiership final, but Hartley’s opportunity to go on the British & Irish Lions tour to Australia that Summer.

Fans to this day still debate whether Hartley was addressing Youngs or Barnes, but his absence in the second half at Twickenham seven years ago unquestionably contributed to Leicester’s comfortable 37-17 win.

Hartley, now 34, earned 96 caps for England in total and has so far represented Northampton Saints 250 times making him a legend for both club and country.