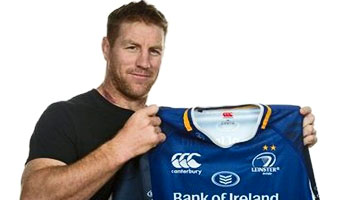 Former Crusaders lock Brad Thorn has joined Leinster on a 3-month loan deal from Japan’s Fukuoka Sanix Blues, where he has been playing since leaving New Zealand shortly after winning the Rugby World Cup.

“After Leo’s (Cullen) injury and Steven Sykes’ return to South Africa we were short of options at second row, but Brad’s arrival will supplement the likes of Damian Browne, Devin Toner and Mark Flanagan as we look ahead to a demanding few months,” said Leinster coach Joe Schmidt.