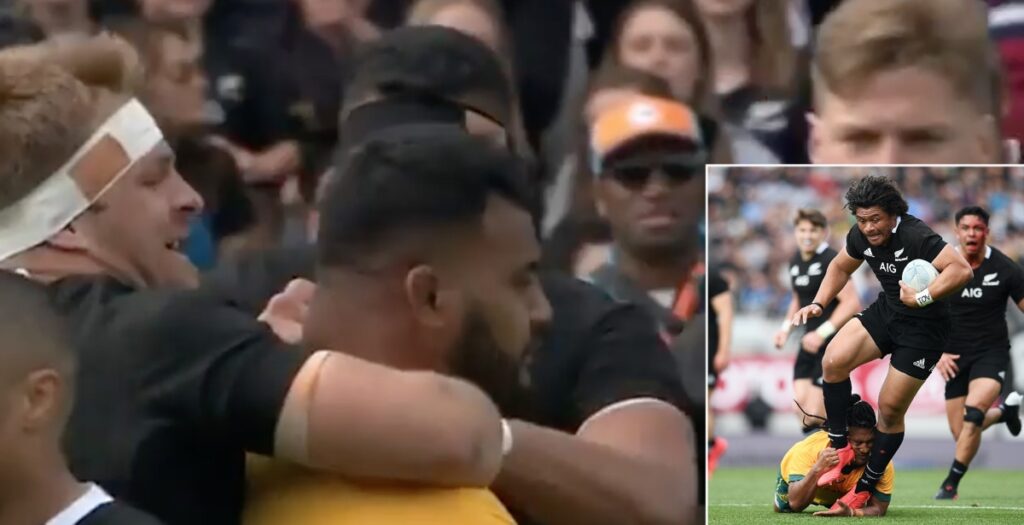 Blues youngster Caleb Clarke starred for the All Blacks in Sunday’s feisty Bledisloe Cup win against the Wallabies at Eden Park.

The 21-year-old earned his first start for New Zealand and demonstrated his raw speed and brutal power on multiple occasions, but while he failed to get on the scoresheet himself his devastating runs were key for the All Blacks’ momentum.

What a moment for Eroni Clarke 🖤

His first taste of the action came after 15 minutes when he made a break deep inside the Wallabies’ half and bounced off Hunter Paisami.

Caleb Clarke currently showing with 11 defenders beaten. Would be joint 3rd most in a Test for New Zealand in previous 10 years (using ESPN match data) pic.twitter.com/Sf2dzZxUJf

However the biggest moment of the game came shortly after half time when he returned a Wallaby kick in midfield, beating the first two defenders and refusing to be brought to the ground.

Clarke made about 50 metres in one run beating four defenders including Australia captain Michael Hooper to set up a dangerous All Blacks attack, which they converted through Ardie Savea.

The game also started with a real edge when Taniela Tupou had a disagreement with Dane Coles off the ball in the opening minutes in front of the packed out Eden Park.

The All Backs went on to win the game 27-7 in the second Bledisloe Cup fixture and full match highlights are available below: