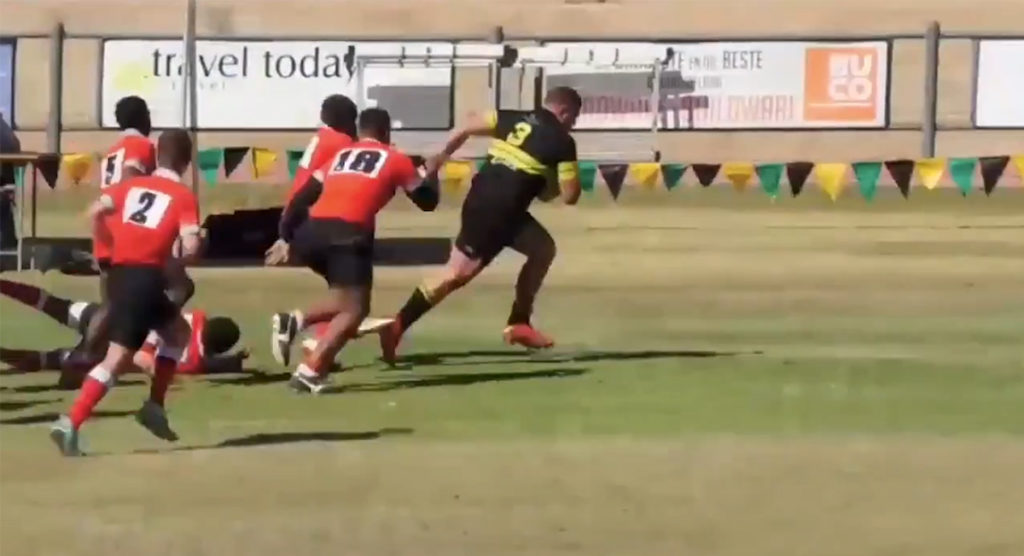 They breed them large in South Africa and this 16-year-old prop is no exception, as can be seen in this short video that highlights two powerful bits of play in a recent school match.

Sent in to Rugbydump Blitz via his uncle, this footage shows how young Werner Geldenhuys was a human wrecking ball against Ben Voster school recently, as he contributed heavily to a dominant display that resulted in an emphatic 60-0 scoreline.

The tighthead prop, playing for Nelspruit Secondary School’s Under 16A’s, looks like a man against boys at times, as he fends a number of would-be tacklers and then in the second half, gathers a restart kick before setting off and somehow beating half the other team.

He eventually loses his footing, only due to a courageous tackle by a far smaller fullback. Scary.

Submit your amateur clips for Rugbydump Blitz and we’ll share the best of them. Watch more amateur rugby clips here